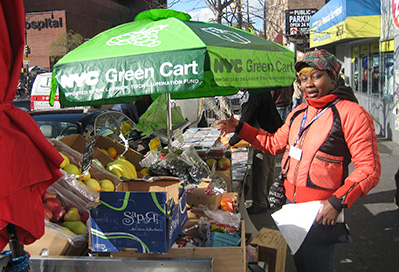 The Laurie M. Tisch Illumination Fund is approaching its tenth anniversary, and with this milestone in mind Laurie Tisch spoke with Foundation Center’s Jen Bokoff to reflect on the foundation’s impact and its future. Laurie shared that the NYC Green Cart Initiative was a defining grant for the foundation. The Laurie M. Tisch Illumination Fund funded this public/private partnership with a $1.5 million grant in 2008 to bring fresh produce to underserved New York City neighborhoods. It also served as a catalyst for starting the Healthy Food & Community Change initiative to support innovative strategies to increase access, availability, affordability, and knowledge of healthy foods and promote healthy choices in high-need neighborhoods. The Illumination Fund is now expanding its arts funding. But this is all within the foundation’s mission because as Laurie says her grant making philosophy is “It’s about leveling the playing field. It’s not about a specific program area.”