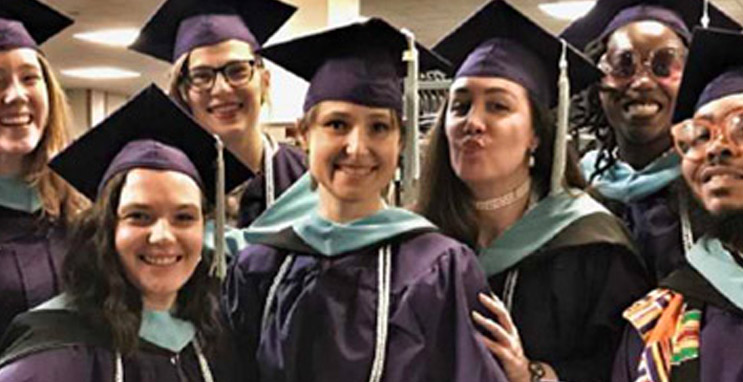 LC Scholars was designed to address the limited availability of high-quality arts education for New York City public school students by fast-tracking new arts teachers’ eligibility for hiring by under-resourced schools seeking to expand their arts programming. Through the Scholars program, qualified artists working toward their teaching certification were able to enter the classroom immediately, rather than waiting the two years it took to complete their course work. The program pays for their master’s degree and provides key supports such as mentoring while they teach full-time in the NYC public school system.

Ultimately, LC Scholars seeks to increase the diversity of the field of certified arts educators working in NYC public schools, and to help these schools provide the children they serve with adequate arts education programming, which has been shown to bolster school culture, increase student engagement, and help develop critical thinking and problem solving skills that are vital for success in college and in the workforce.

2018/2019 marked the graduation of the third Scholars class and the final year of the current phase of the program. Since its launch in 2014, LC Scholars has trained 61 new arts teachers. This represents nearly one quarter of the total new arts teachers hired by the NYC DOE between 2014 and 2018.

“Being a part of this program was a life changer. I will forever be grateful for this opportunity and look forward to continuing to share my passion for dance with NYC public school students for years to come.”

“We started a spring fling arts fest that includes all disciplines—it’s the most successful parent engagement event of the year. Every single parent comes out.”

“I definitely plan to stay in the DOE. It just fulfills me in so many ways that I didn’t expect. …I feel all my expertise is at play.”

“I feel like that [DOE-wide network of Scholars] adds to her repertoire because she interacts with arts teachers across the city. That definitely helps inform what she’s willing to try.”

The Scholars Program was also very successful in certifying teachers:

School administrators praised the Scholars Program’s certification component, noting that it can be difficult to find certified arts teachers.

Most Scholars continue to teach in the NYC public school system, and the program demonstrates promising retention rates in comparison with other alternative teaching certification programs:

Within their schools and communities, Scholars:

In the classroom, administrators cited increased student confidence as a primary benefit of the Scholars’ programs.

Across the NYC public school system, the program created a network of teachers that continue to share best practices after the program’s completion: