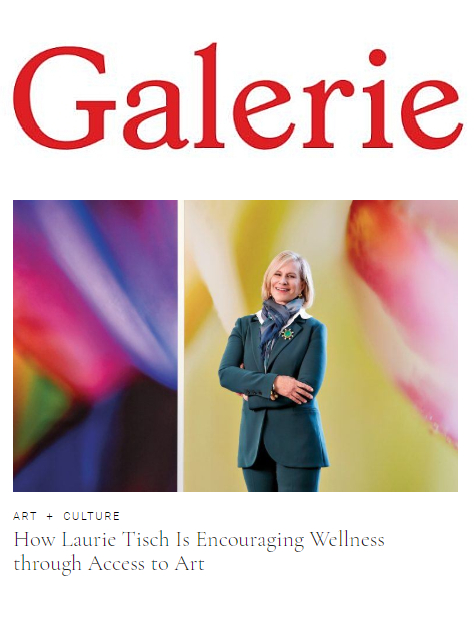 On a brilliant autumn day, an animated group gathered in the garden at McKinney Hospital in Brooklyn for a painting party. As they worked on a series of panels for an outdoor mural, residents of the nursing home chatted alongside doctors, nurses, neighborhood community members, and the philanthropist Laurie Tisch, who made the project possible. Through her Illumination Fund, Tisch contributed $1.5 million to launch Arts in Medicine, an array of new and expanded programs that use art to benefit patients and staff throughout the NYC Health + Hospitals public health-care system, which is the largest in the country.

“It’s taking what really smart and dedicated people have developed and making it bigger and more accessible,” says Tisch, whose recent grant is one of 13 made so far under the umbrella of her $10 million initiative, Arts in Health, announced last year.

This may be a good place to introduce yourself and your site or include some credits.